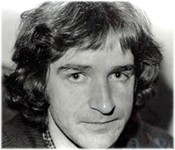 It was a dream trip for the young adventurer and his hippie friends on a motorised junk cruising the Gulf of Thailand - until the Khmer Rouge patrol boat spotted them. They had come too close to the coastline of the most dangerous regime in the world and John Dewhirst, a 26-year-old teacher from Newcastle upon Tyne, paid for the error with his life. After he was captured at sea in August 1978 he was tortured, forced to make a ludicrous confession to being a CIA spy and executed just weeks before the regime was toppled by invading Vietnamese forces. He was the only Briton to die in the killing fields of Cambodia.

Now, 28 years later, his family in Britain hope to discover what really happened in one of South-East Asia’s most enduring mysteries. Prosecutors for the UN-backed trial of senior Khmer Rouge leaders begin work in Phnom Penh on Monday and their investigation will include the cases of 200 foreign victims held at the notorious Tuol Sleng interrogation centre, a former high school in the capital. Last week 17 Cambodian and 13 international judges were sworn in at the beginning of a £30 million UN-backed trial, which Cambodians are hoping will help their nation to come to terms with its bloody past.

Surviving members of the Khmer Rouge regime will be charged with crimes against humanity and genocide for their part in the deaths of up to 1.7 million people between 1975 and 1979. The man believed to have ordered Mr Dewhirst’s execution is a former maths teacher called Duch, who was Tuol Sleng’s commander and is now a repentant born-again Christian facing trial next year. Mr Dewhirst’s disappearance was not solved until after the fall of the regime. His extraordinary typed confession was discovered in 1996 in Phnom Penh’s Ministry of the Interior.

The document, carefully typed in flawless English, describes how Mr Dewhirst was recruited into the CIA by his father at the age of 12, then learnt the spying trade in part-time lessons at his teacher training college in the Midlands. The signed document, which has been seen by The Times, appears under the title Details of my course work at the Annex College in Loughborough, England. It describes how he was trained by retired CIA agents between 1972 and 1976, apparently mixing his real CV with a fantasy conjured up to please his interrogators. One section states: “My father was a CIA agent whose cover was headmaster of Benton Road Secondary School.”

This week Hilary Holland, Mr Dewhirst’s sister, said she would like her brother’s case to be detailed in the prosecution indictment against Duch, who remembered the 26-year-old as an unfailingly polite prisoner. Mrs Holland, 51, a solicitor in Cumbria, said: “I have found this whole case incredibly difficult... I would be happy to see justice done.” Her brother had been teaching in Japan before leaving on the sea trip with two friends, a New Zealander and a Canadian who also died. Their boat, Foxy Lady, had been en route to India. How the three young adventurers came to be in such dangerous waters has been a source of intense speculation, with rumours that they were hippy marijuana smugglers or even taking part in a spying mission when Western intelligence agencies were desperate for information about the closed nation. Mrs Holland rejects both scenarios. She said: “John hated drugs, and although he liked adventure he wasn’t adventurous enough to be a spy.”

The Northern Echo - first published 10 November 2005: 'I can picture my brother's terror'

Hilary Holland doesn't talk about her brother much. Almost three decades have passed since he was killed, but the passage of time has not made it any easier. "It has been 26, 27 years, something like that, but I still can't say my brother's name," she says. "I'm only able to talk about it now because I have prepared myself. I couldn't speak if I had been telephoned out of the blue, I'd be in floods of tears. It is the nature of what happened to him, and the other people. The torture, the unspeakable horror, the way they died. Nothing will ever make that any better, any easier to live with."

Hilary has only agreed to be interviewed now to lend her support to the tribunals which could bring some of those responsible for her brother's death to justice. But she is not interested in seeing them suffer. "Nothing will make any difference to how I feel. Not this, not anything else. Maybe for some people it will enable them to... come to terms isn't the right word, but something like that, to bring it to an end. But not for me," she says. "It's only because I wondered if something good might come out of this tribunal. I would do anything in my power if it was beneficial to the people of Cambodia."

Her brother, John Dewhirst, was 26 when he fell into the hands of the Khmer Rouge, one of the most murderous regimes the world has seen. Led by Pol Pot, the communist movement seized power in Cambodia in 1975, and used terror and brutality to reshape the country according to their ideals. During the three years, eight months and 20 days of Pol Pot's rule, an estimated two million Cambodians died, around a fifth of the country's entire population. Some died through starvation, but many more were murdered, their bodies dumped in what became known as the killing fields. Before their execution, most of the victims were taken to interrogation centres, where they would be tortured until they confessed to spying, either for the CIA or the KGB. The most notorious of these centres was S-21, a former school on the outskirts of the Cambodian capital Phnom Penh, called Tuol Sleng. It was there that John Dewhirst was brought in 1978.

John, a teacher from Jesmond in Newcastle, had gone to work in Japan after finishing his teacher training course. In 1978 he decided to return to England, but first he wanted a final adventure, and bought a boat with two friends. The intention was to sail to Singapore and catch a plane home from there, but off the Cambodian coast they were approached by a Khmer Rouge patrol boat. The Khmer Rouge opened fire. One of John's friends was killed. John and his remaining companion were captured and taken to S-21.

Such was the Khmer Rouge's paranoia about foreign influence that few people outside Cambodia were aware of what was going on. It was not until the regime was toppled by a Vietnamese invasion in January 1979 that the truth started to come to light.

Back in England, news of John's fate arrived fitfully. "We used to write to each other regularly and he always found a way to get a letter to me," recalls Hilary. "When I hadn't heard from him for a long time, I got more and more worried. I found out bit by bit. I contacted the Foreign Office but there was a chap from a magazine as well. I pretty well found out at the same time as it appeared in the Press. I refused to speak to people at first because I was so distressed."

What did go on inside S-21 is documented in a BBC programme to be shown tomorrow night (Pol Pot: The Journey to the Killing Fields). The film makers interviewed Chum Mey, one of just seven people to survive the camp out of the 14,000 prisoners who passed through S-21. He describes how he was blindfolded and his hands and feet manacled. Prisoners were kept in tiny cells and forbidden to even turn over without permission. They were tortured every day. "They hit me by pulling out my toenails, using pliers to tear them out," Chum Mey says. "When I was in so much pain I tried to protect myself, they hit me and broke my little finger. On the third day they gave me an electric shock because I kept denying their accusations. During the time they gave me the electric shock, I heard the generator's sound going in my ear. My eyes were like being on fire." Sometimes it took days, sometimes months, but everybody confessed in the end.

John's confession was found by the Vietnamese. It revealed how he had been forced to admit to the most ludicrous accusations, including being a CIA spy, recruited while at teacher training college. Without the knowledge of how it had been obtained, it would be comical. It said: "My course at CIA college in Loughborough, England, ran concurrently with my teacher training course. The course was housed in a building disguised as the Loughborough Town Council Highways Department Surveyor's Office."

Once a prisoner had confessed they were of no further use to the Khmer Rouge. Those inside S-21 were taken to a field outside Phnom Penh called Cheong Ek. Still blindfolded, they were taken to the edge of a pit. In tomorrow's programme, Him Huy, a guard at S-21, describes what happened next: "They were told to kneel down or else, and then they were hit with the long metal axle of an oxen cart," he says. "After they were hit, they had their throat cut to make sure they had died. Because they were blindfolded they wouldn't know what went on around them." This would have been John Dewhirst's fate after he signed his confession.

After they were removed from power, the Khmer Rouge retreated into the jungle, but remained active. Pol Pot died in 1998, but many of the movement's senior members remain, living in relative security. The UN has spent years trying to set up a tribunal to try the regime's former members, negotiating with the government of Hun Sen, himself a former Khmer Rouge commander. Now international funding has been secured, and hearings could begin next year. The principal defendant is likely to be Nuon Chea, Pol Pot's deputy. But time is running out: he is 78 and in poor health. The chairman of S-21, known as Comrade Duch, is also in custody and facing trial.

Hilary doesn't want them to be punished in retaliation, but nor does she want them to escape justice. "I don't have any feelings towards them at all, absolutely none. I know that is a peculiar way to be, but all my feelings are for my brother," she says. "I don't believe in retribution. That is not going to bring him back to life, but it is not right for them to be out there living comfortable lives, so I believe it is the right thing for the Cambodian people, and to show the rest of the world that something is being done. It is only because I believe it is wrong, not because I want something to happen to them."

Hilary was given a copy of her brother's confession. It was a long time before she read it. "It was absolutely devastating," she says. "It was typewritten but each page was signed by him and fingerprinted. I could just picture him doing it, and the horror of being made to do it. It was pages and pages of detail, talking about our father being a communist spy and how he had learned to be a spy. I could just picture how terrified he must have been when he did it. I do look at it very occasionally for some reason. I have a folder of Press cuttings and I might come across it in a drawer and put it to the bottom of the drawer. Occasionally I will have a look. I don't know why."