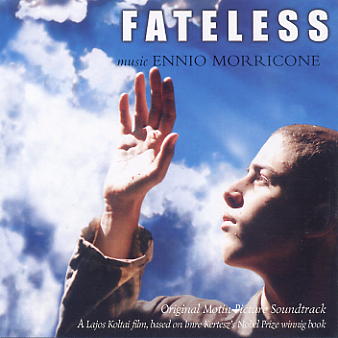 The latest Ennio Morricone masterpiece is the soundtrack from the critically acclaimed film, Fateless. Released in early 2005, the film makes its debut in British cinemas in May 2006. Working with Lajos Koltai, who was making his directorial debut, Morricone has produced a haunting and evocative soundtrack to an epic adaptation of the contemporary classic novel by Nobel Prize winner Imre Kertész, who also wrote the film's screenplay. Fateless opened in its native Hungary in February 2005 to massive boxoffice, and, in its second week, was the highest grossing Hungarian as well as the highest grossing independent film of all time. To date 400,000 people have seen the movie, which is approximately 4% of the country’s entire population. Its Hungarian title is Sorstalansag.

Set in 1944, as Hitler’s Final Solution becomes policy throughout Europe, Fateless is the semi-autobiographical tale of a 14 year-old Jewish boy from Budapest, who finds himself swept up by cataclysmic events beyond his comprehension. A perfectly normal metropolitan teen who has never felt particularly connected to his religion, he is suddenly separated from his family as part of the rushed and random deportation of his city’s large Jewish population. Brought to Auschwitz-Birkenau concentration camp, his existence becomes a surreal adventure in adversity and adaptation, and he is never quite sure if he is the victim of his captors, or of an absurd destiny that metes out salvation and suffering arbitrarily. When he returns home after the liberation, he misses the sense of community he experienced in the camps, feeling alienated from both his Christian neighbors who turned a blind eye to his fate, and the Jewish family friends who avoided deportation and who now want to put the war behind them. 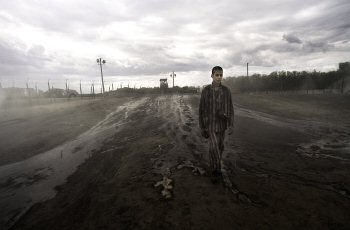 One of the most highly regarded and versatile cinematographers working today, Koltai is best-known for his collaboration with renowned director Istvan Szabo, resulting in the 1981 Oscar-winning Mephisto, as well as four other Oscar-nominated films including last year’s highly acclaimed Being Julia. Koltai received his own Academy Award nomination for Best Cinematography in 2001 for his work on Giuseppe Tornatore’s Malena. Gyula Pados, who photographed the award-winning Kontroll, photographed the film. Young Marcell Nagy, who plays his first leading role in Fateless, stars as the lead, Gyuri Koves, and Daniel Craig, whose recent credits include Sylvia, Enduring Love, and Road to Perdition, appears in an English-speaking cameo as an American soldier who liberates Gyuri from Buchenwald.

Listen to the CD

Read about my own visit to Auschwitz-Birkenau here

To read more on Morricone... go to