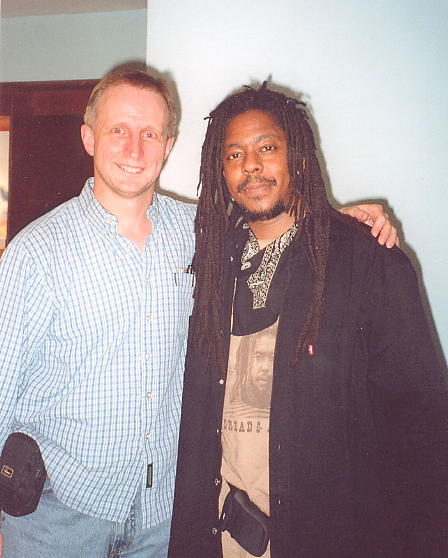 Cliff 'Moonie' Pusey is the band's lead guitarist. His first credit is on Pulse's Rastafari Centennial album, recorded in Paris in January 1992, though he first joined the band in 1989. He's been a regular fixture ever since on recordings and live work as the band tour constantly around the globe. In addition to working with Steel Pulse for the past dozen years, Moonie, as lead guitarist, has recorded and or toured with the likes of Paula Abdul (on her 1991 album Spellbound), The Family Stand (on their 1990 Chain album), Aftershock ('93 Slave to the Vibe), Maxi Priest and Big Mountain (joining Sid Mills on their Things To Come album). More recently, Moonie has combined his Steel Pulse commitments alongside his role as lead guitarist, composer and arranger for New York band, Highly-I, a fusion of roots reggae, jazz and poetry. He also teaches music part-time at his own academy in Brooklyn, where he lives. His wife is Faybiene Miranda, a writer, poet and activist who's toured England with Benjamin Zephaniah, co-authored a book with Mutabaruka and recorded the controversial song, Prophecy, which was banned in Jamaica. It was later included on a Reggae Refreshers compilation album from Island alongwith Pulse's Handsworth Revolution. She also sings vocals with Highly-I.

Where did he pick up the nickname of 'Moonie'? He explains. "The name Moonie was shortened from Moondoggy. I was playing some gigs with the famous Jamaican singing duo call the 'Blues Busters.' They had a Sam and Dave kind of sound. Well, Bossy (Philip James) decided that Moondoggy was too long a nickname, so he started to call me Moonie which I kept from the late seventies till now. [Originally] Moondoggy happened in the mid-sixties in my teens. I lived in Brownsville, Brooklyn, New York at the time and in my area there were mostly Black and Latino people there. Well, some of the Latino girls my age started to call me Moondoggy as they said I reminded them of a movie character named Moondoggie who was this cool guy (James Darren) in the old 50's Gidget movies. Well, the rest is history." 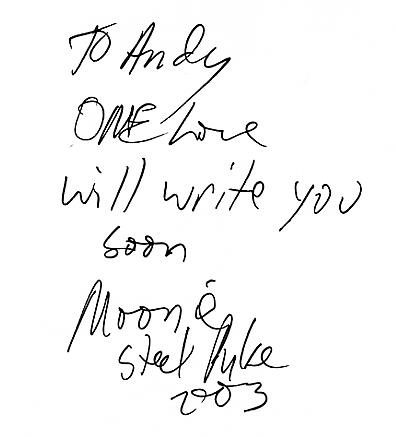