CAPTURED ON THE ROAD 2

Steel Pulse, the internationally acclaimed reggae band who began life in the back streets of Birmingham, England in the early Seventies are still very much alive today, nearly thirty years later. The band are renowned for their commitment to their musical message of fighting injustice, educating the masses and creating positive forces. They take their music around the globe and have a worldwide following.

Here's some photos from the band's recent and more distant past to enjoy [click to enlarge]. I welcome any photographs taken by fans and friends of Steel Pulse, who would like to post their special moments onto this webpage. 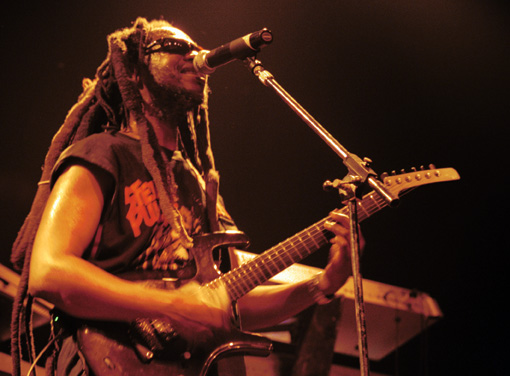 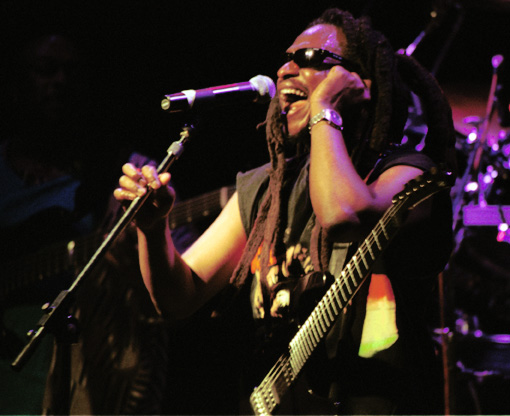 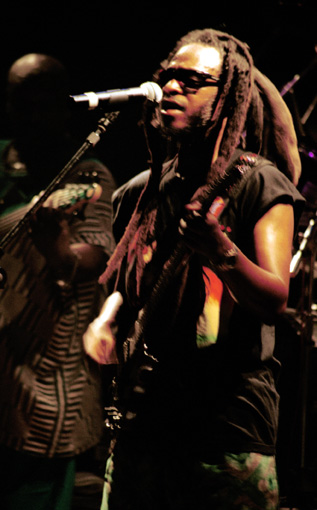 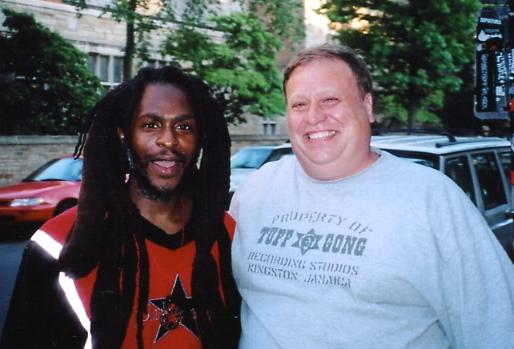 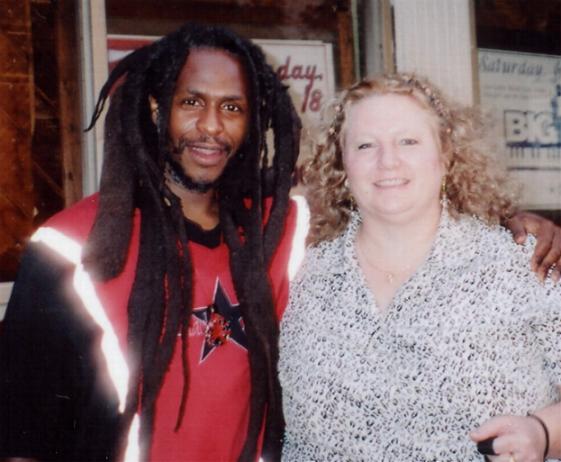 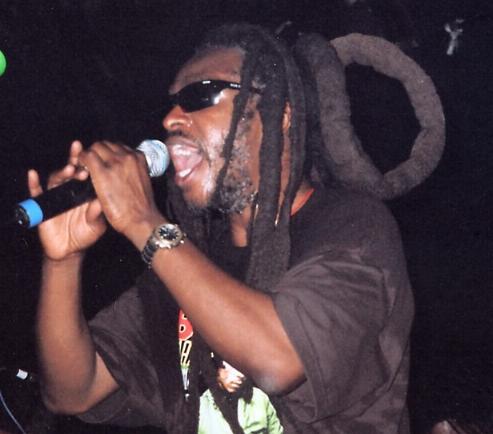 Roy Rowe and his wife Sue attended their first Steel Pulse gig for 15 years in New Haven, Connecticut on 15 July 2004 and loved it. Above is Roy and his wife with David Hinds before the show. And below is an excellent photo taken by Roy of David on stage. 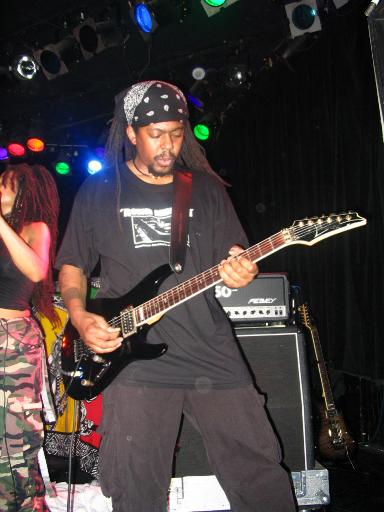 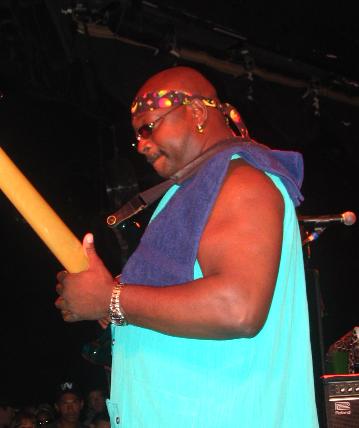 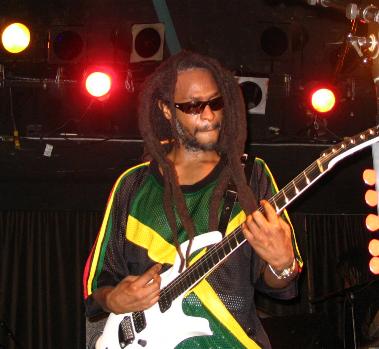 Kimberley ('SoCalKim'), a regular on the Steel Pulse messageboard, took these photos at the Pulse gigs at Solana Beach and The Roxy in LA in August 2004. Thanks to Kimberley for permission to post them here. 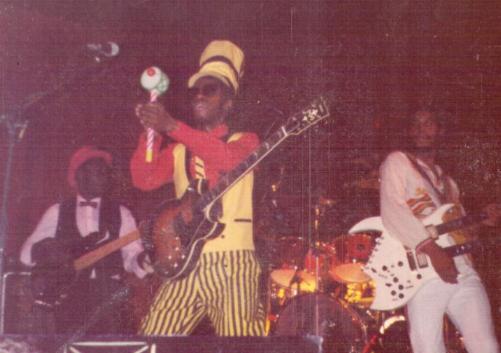 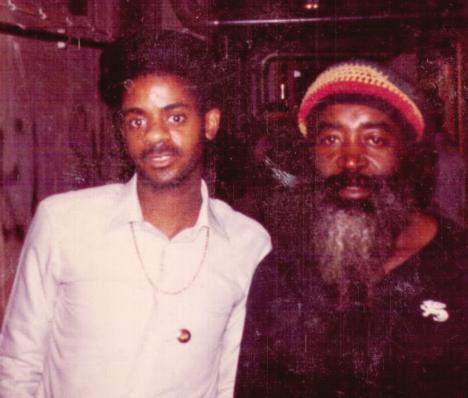 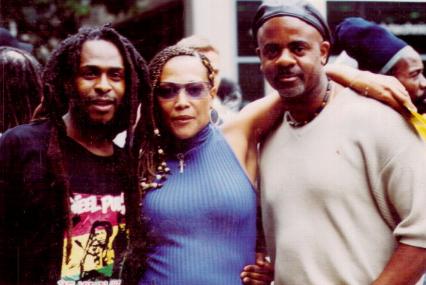 'Onelove', a regular contributor to the official Steel Pulse messageboard, took these photos in 1983 at the Hummingbird in Birmingham and in Brooklyn, New York in 2003. Thanks to 'Onelove' for permission to post his photos here. 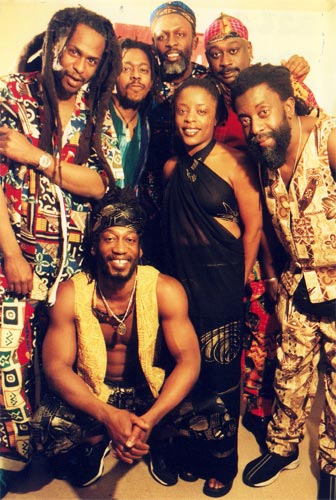 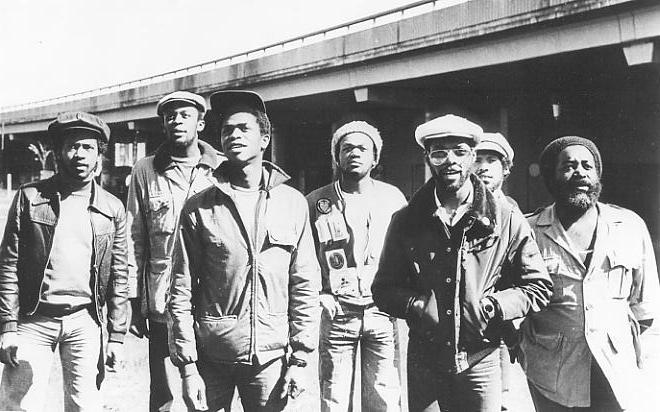 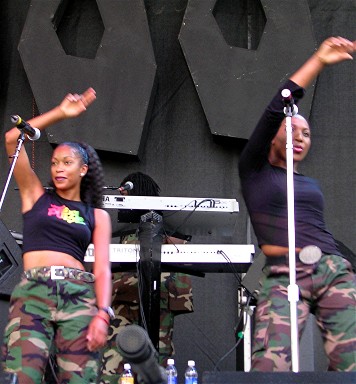 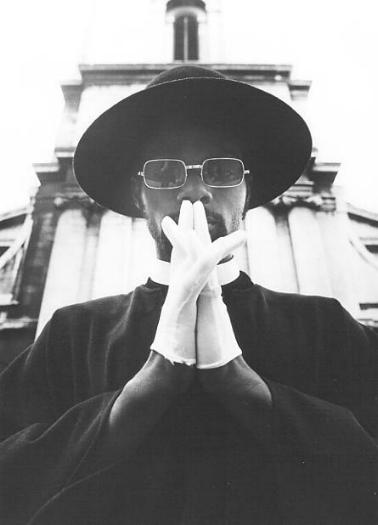 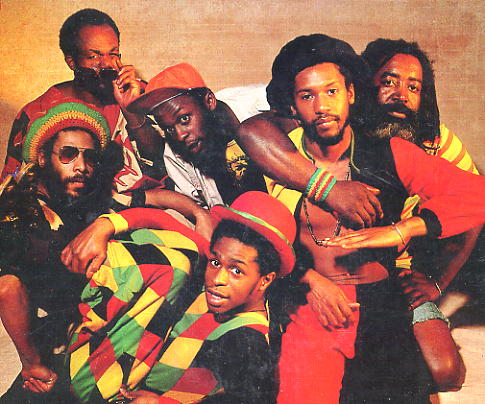 (Left) Michael Riley poses for the camera in 1978 in a clergyman's costume. (Right) The band line-up in playful mode for the cover of their 1980 album release Reggae Fever. This was the album's title in the USA, whilst elsewhere it was called Caught You. LtoR: Ronnie, Basil, Selwyn, Phonso, Grizzly and David (in front).

Click here to go to Captured On The Road 1